Comments are off
Ben Hardy Projects

Filming is currently underway. The plot centers on Pixie (Cooke), who wants to avenge her mother’s death by masterminding a heist, but her plans go awry and she finds herself on the run with two young men (Hardy, McCormack) who are way out of their depth being chased across the Wild Irish countryside by gangsters. She has to pit her wits against everyone, taking on the patriarchy to claim the right to shape her own life.

Thompson, who picked up an Oscar nom as a producer of the short film Dear Rosie, is producing the pic with James Clayton (My Generation, Pride). Thompson has produced films such as Spiceworld, Wayne’s World 1&2, An Ideal Husband, and produced and directed the indie films St. Trinian’s 1&2. He most recently served as executive producer of the UK film, Fisherman’s Friends.

Peter Touche and Samantha Allwinton from Ingenious Media are the executive producers of Pixie.

Funded by Ingenious and Fragile Films, with support from Northern Ireland Screen, Pixie will shoot in and around Belfast, Northern Ireland for seven weeks, with additional photography in the West of Ireland.

Hello everyone, and welcome to The Ben Hardy Network, your newest source for all things on the amazing actor! Everyone knows Ben best as his portrayal of Roger Taylor in Bohemian Rhapsody. Here, you will be able to find out the latest information, news, and a complete photo gallery.

We are currently looking for elite, top, and regular affiliates. I’m still working out the kinks on these two pages, but if you’d like to apply, feel free to email me at admin@ben-hardy.net!

Welcome to The Ben Hardy Network, your comprehensive source for all things on the lovely British actor! You will be able to find the latest news, information, and photos to keep you up-to-date on the wonderful Mr. Hardy! Our gallery contains over 10,000 photos and growing. You may know Ben from the BBC series EastEnders, X-Men: Apocalypse, Bohemian Rhapsody, and 6 Underground. This site is proudly paparazzi and gossip-free and we respect Mr. Hardy's privacy. If you have any questions, comments, or concerns; don't hesitate to contact the webmistress. 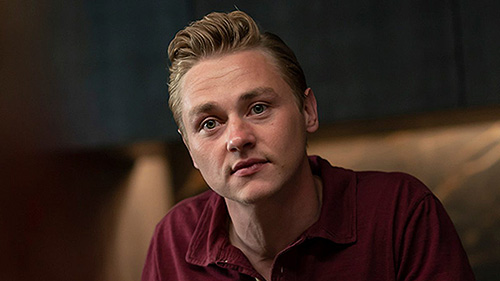 The Girl Before
as Simon Wakefield
Jane falls in love with an extraordinary minimalist house, but when she discovers that another damaged woman died in the same property three years earlier, she starts to wonder if her own story is just a rerun of the girl before.
Info • IMDb • Photos • Official Site

The Ben Hardy Network is not in any way affiliated with Ben Hardy or any representation there of. This is a fan-made and managed website. All content is copyright © 2019-2022 to The Ben Hardy Network unless otherwise stated. Hotlinking is forbidden. If you feel any of the material rightfully belongs to you and want it removed, contact me and it will be taken off without question. If you have any complaints please contact me before taking any action. This site is proudly paparazzi-free and we respect Mr. Hardy's privacy.